Unsafe and unhealthy working conditions often result from a combination of underlying causes, such as governance gaps, deficient legislative frameworks, insufficient knowledge and resources, unsustainable business practices, and the lack of a culture of prevention at national and workplace levels. Governments and enterprises have their respective roles to play to address OSH challenges.
Watch the video below to learn more and then explore the new brief, Nine Business Practices for Improving Safety and Health Through Supply Chains and Building a Culture of Prevention and Protection (available in English and Korean).

OSH is regulated at international, regional and national levels. Safety and health in the workplace does not just apply to typically dangerous jobs, such as working at height or with chemicals, but to all places of employment, including offices. Additionally, OSH laws and regulations also include the requirement of employers to adapt work and the workplace to the capabilities of the workers in light of their physical and mental health.

The burden of occupational mortality and morbidity is not equally distributed across the world, among industries and among the workforce. About two-thirds (65 per cent) of global work-related mortality is estimated to occur in Asia, followed by Africa (11.8 per cent), Europe (11.7 per cent), Americas (10.9 per cent) and Oceania (0.6 per cent). The rates of fatal occupational accidents per 100,000 workers also show stark regional differences, with rates in Africa and Asia 4 to 5 times higher than those in Europe.

Furthermore, manufacturing, construction, transportation and storage are the industries that experience the highest level of work-related accidents. In these highly hazardous sectors — as elsewhere — work-related injuries are not equally distributed among the workforce. The workers most exposed to work-related injuries are those in precarious employment (temporary, casual or part-time workers), workers in informal employment, those working in small and medium-sized enterprises (SMEs), and work performed by groups subject to discrimination and marginalization (such as migrant workers, young workers and racial and ethnic minorities).
Work-related injuries vary in scale and have multiple causes, but relate primarily to deficient national OSH systems, including the legislative framework and weak regulatory oversight, and the absence of a culture of safety and health at the national and workplace levels.  When large-scale work disasters such as the Rana Plaza accident in April 2013 occur, they often reveal the absence of universal employment injury protection schemes, which leave victims and their dependants without any financial, medical or rehabilitation support.

As part of the corporate responsibility to protect and respect human rights outlined in the UN Guiding Principles on Business and Human Rights (UNGPs), entitlement to safe and healthy workplaces for workers should be reflected in the human rights due diligence approaches businesses conduct. While OSH hazards are intrinsic to all workplaces around the world, businesses need to pay particular attention to workplaces in countries with limited resources, weak legal frameworks, and inadequate enforcement and support functions.

The International Labour Organization and the United Nations Global Compact have identified nine business practices to improve safety and health through supply chains and create a culture of prevention and protection:

To learn more, click here to read the new brief from the ILO and the UN Global Compact (available in English and Korean), which focuses on the role that businesses can play in ensuring safe and healthy workplaces, especially when operating in countries with deficient national safety and health and employment injury protection schemes.

Robust OSH laws and policies and good business practices, combined with employment injury insurance schemes, contribute to the achievement of several Sustainable Development Goals, including Goal 1 (No Poverty), Goal 3 (Good Health and Well-Being) and Goal 8 (Decent Work and Economic Growth), amongst others.

Both employment injury insurance schemes and occupational safety and health are the primary drivers behind realizing decent work for all women and men under Goal 8. Target 8.8 of Goal 8 has made occupational safety and health a sustainable development priority. It calls for concerted action: “protect labour rights and promote safe and secure working environments for all workers, including migrant workers, in particular, women migrants, and those in precarious employment”.

Employment injury insurance schemes are part of the social protection systems that should be implemented under target 1.3 of Goal 1 in order to create substantial coverage of the poor and the vulnerable by 2030. Also, effective and well-functioning employment injury insurance schemes help achieve universal health coverage and access to quality health care services, as reaffirmed under target 3.8 of Goal 3.

From the UN Global Compact Academy

“How to Improve Safety and Health in Global Supply Chains” is a one-hour session featuring experts from the International Labour Organization (ILO), the International Trade Union Confederation (ITUC), the International Organization of Employers (IOE), H&M, Firmenich and DBL Group. Join this Academy session to learn what actions can be taken to improve the health and safety of workers in global supply chains, and how these actions can be used to promote more effective national OSH systems — ensuring that no one is left behind and all workers are able to enjoy decent working conditions.
The UN Global Compact Academy COVID-19 Special Series is a series of sessions featuring global leaders from business, Government, civil society and the UN discussing how business can respond to the challenges of the COVID-10 pandemic in the most sustainable way, including by focusing on protecting workers’ health and well-being.
The Academy E-learning Course Business and Human Rights: How Companies Can Operationalize the UN Guiding Principles helps businesses understand what human rights mean to business and how they can respect and support human rights in accordance with the Ten Principles of the UN Global Compact and the UNGPs. Through four interactive, 30-minute modules, the course guides businesses on taking action to identify, prevent, mitigate and account for their human rights impacts. 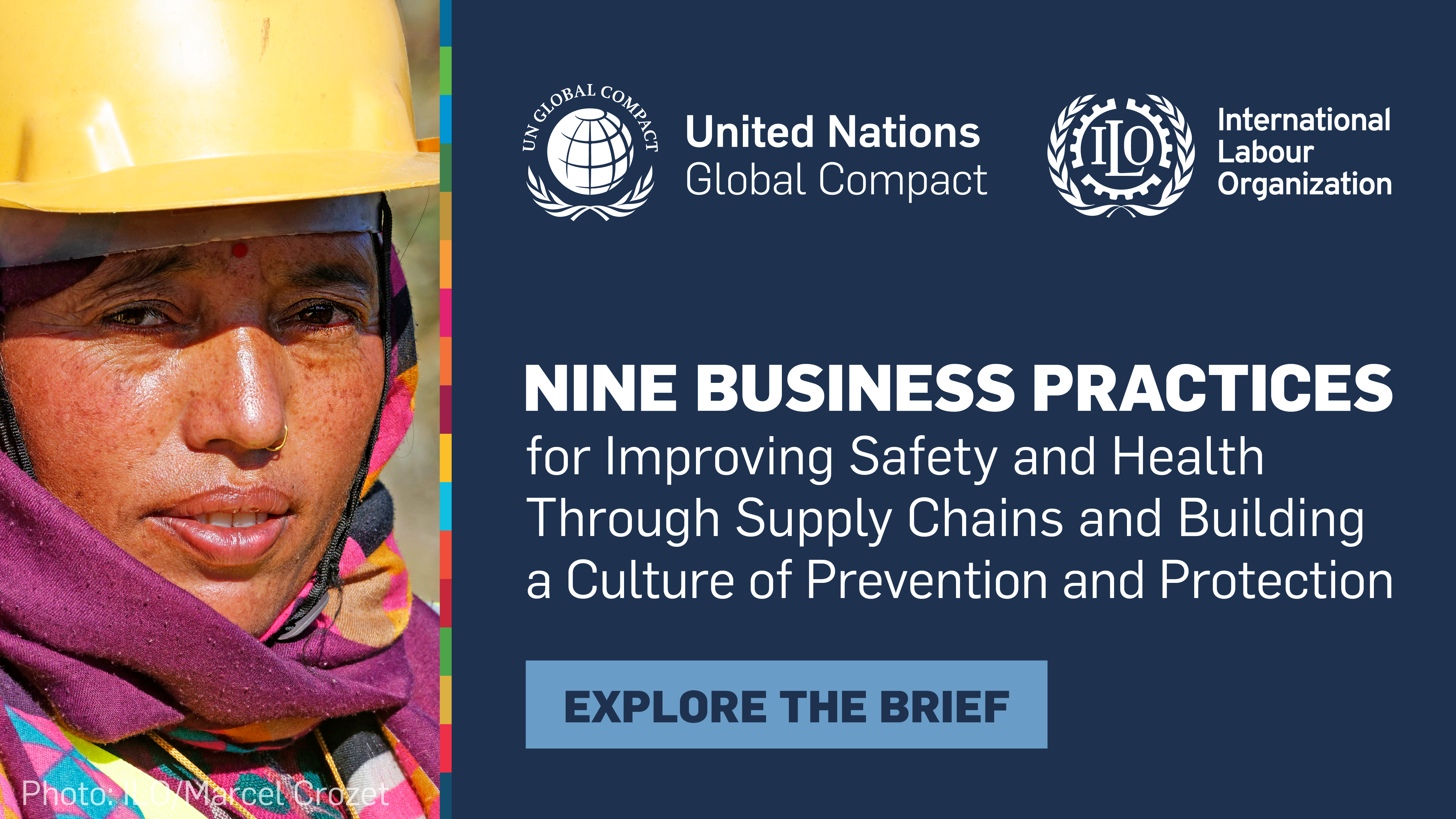